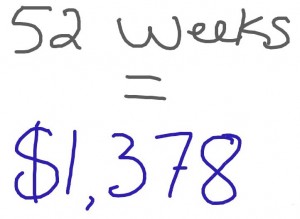 END_OF_DOCUMENT_TOKEN_TO_BE_REPLACED

This post originally wasn’t going to be part of my Mommy Musing series, but I think it fits.

I’ve had past success with Weight Watchers (WW), both with losing weight and keeping it off, and at the end of April I signed up for WW again to help motivate and encourage me to get my baby weight off. I’ll confess that during my pregnancy I gained close to 60 lbs! I’m not ashamed of the weight gain. While I did enjoy onion rings and Diary Queen ice cream some days, I did eat fairly healthy for nine months. Heck, I ate so much avocado that I figured Missy Moo would be green when she was born! I also had a lot of swelling and water retention during the latter months of pregnancy (which hung on for a few months post-baby!).

When I signed up for WW again, I managed to already have around 20 of my 60 lbs gone on my own and I had it in my mind that I wanted to lose around 40 lbs while following WW.

I like the Weight Watchers program. It fits my eating preferences and habits and it’s a plan I can work into my regular life without feeling like I have to avoid everything I like.  END_OF_DOCUMENT_TOKEN_TO_BE_REPLACED 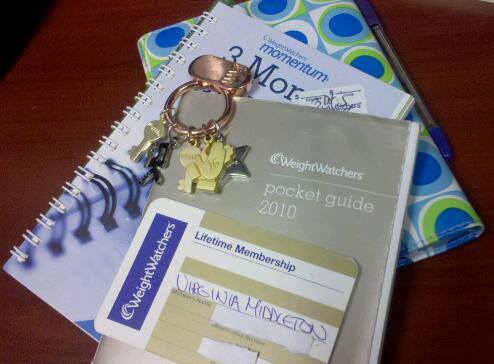 For anyone who has been on Weight Watcher’s or another weight management program, no doubt you’ve often heard, “Oh it must be horrible that you can’t eat anything good!”

I joined Weight Watcher’s last year at the end of April because I was fed up with some weight I had that just wouldn’t go away. I only wanted to lose around 20 lbs, and because I had semi-followed the program when I friend was doing it a few years back, it was already compatible with my lifestyle.

Since October 21, 2009 I have been a Life Time Member of Weight Watcher’s. Having successfully reached my goal and as I continue to maintained it, I’m really proud of the accomplishment. Granted, there are people who have lots MUCH more than myself and have overcome greater milestones and struggles, but it’s still a personal goal that I set and made happen.

Sometime last year I bought a couple of the Weight Watcher recipe books and one specifically was Hit the Spot.

You’ll see four different tasty treats in the photos and they include:

ALL of these came from that book and all of them are very, very tasty!

In fact, they’re so good that I’m sharing them with family and friends. Well… not the green beans because I’ve already eaten most of them, but I did take some to work and a coworker was able to see how awesome they were! The bean dip and wontons are going to a friend’s

birthday / house warming and the two sets of cookies are being shared amongst my in-laws, my grandparents who are visiting from Newfoundland & Labrador, my cousin and his wife (who my grandparents are staying with) and my great aunt who we’re visiting today in Newmarket. I’ll let you know what their reactions are.

So what about you? Have you ever made anything that was healthier than people expected? Or maybe you made something that was veggan friendly and fed it to the meat eaters in your life… did they enjoy the animal-less treats? I’m sure someone must have a fun story out there…????