Today we went to a superhero-themed birthday party and it was lots of fun. Missy Moo had a superman shirt that has a cape attached and Matt and I wore superhero shirts and some capes I bought last year through a co-op buy.

Since we know that Bunny likes to play at daycare’s water table and now has a smock, I figured he was going to be an active participant in the celebrations. So logically he needed a cape to wear…

Having recently dabbled in the crafty side of Duck/duct tape, I thought I’d go for something simple, but functional (because that’s clearly a priority in the design).

This is what I came up with: 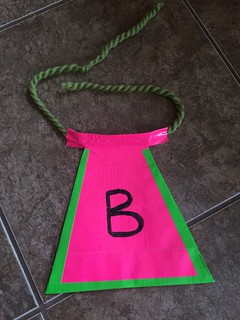 All you need is some Duck/duct Tape, a Ziplock bag, yarn, scissors, a marker and an imagination. The Ziplock bag was used as a base in which I wrapped the Duck Tape around. 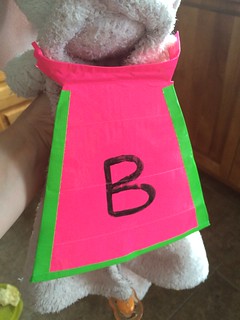 Next time I won’t use a marker, but I made it in literally five minutes this morning, so there wasn’t time to get terribly fancy. 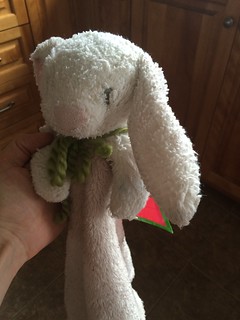 Super Bunny showing off his cape. 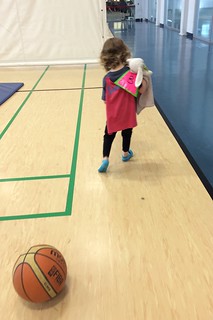 Together, Super M and Super Bunny are ready for anything.

This is my second project with Duck Tape (that’s technically the brand of duct tape I have). Have you made anything with this amazing product? I always knew that it was infused with magic and that people were making all sorts of stuff, I just haven’t given it much thought before now.

What should I make next?

I actually borrowed a book from the library that has different projects for duct tape, but that will have to wait for another day.