Last year I talked about a possible trip to Holland. But not the type of trip most people would expect.

It’s that time of year again and the Tourette Sydrome Foundation of Canada’s national conference is happening in Mississauga, Ontario.

I’m happy to say that both Matt and I are attending thanks to the amazing generosity of Dan Pruitt who along with his wife Sheryl (Sherry) are like another set of parents to me. This sort of thing can happen when you stay in touch with so many great people who are connected to TS; they become an extended family. 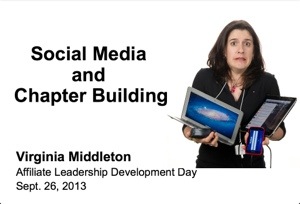 During the conference, there’s often a day of training for volunteers that occurs the day before the conference starts on Friday.

I was asked to be a presenter during the training by covering the basics on social media and chapter building. It was a lot of fun and I just wish I could have had more of a dialogue going during the presentation. The challenge was that it needed to stay fairly high level and we had a broad range of experience between attendees, and the day’s schedule was somewhat behind so time was a concern. So I more or less plowed through the information. Attendees did receive three handouts I created which I really hooe will be valuable resources after the conference. The covered some basics about Facebook and Twitter. The second was a tip sheet on how to check privacy settings in both of those social media sites. And the third handout was an article I wrote to address the concerns about privacy and professionalism on social media networks.

Lots of great things are happening and being discussed at the conference. I’ll post more soon.