A friend has added a photo of you

For a short period of time last night, a number of my Facebook friends thought my account had been hacked.

I was tagged in some pornographic photos that were major violations of Facebook’s Terms of Service.

What had actually happened was that a friend’s Facebook account was hacked and the hacking involved changing her profile picture and then posting photos on her wall and randomly tagging friends (which in turn, caused the photos to come up on my wall and also the friend feed of anyone who follows me). I didn’t get home last night until 9:50, so I’m lucky it didn’t happen earlier in the evening.

Here’s the timeline of what happened:

The main reason I saw Jackie’s FB message first is because I happened to look at my phone the exact moment the FB app’s little ticker-like headline popped up on my phone. We were out for the evening and when I walked in the door, I looked at my phone and all I saw was “…your Facebook has been hacked.” My reaction was, “Oh crap, my account may have been hacked!”and I rushed to our desktop to get a good look at what was going on. Unfortuately, I received a very “good” look. Ick, ick, ick!

Now the disturbing part in all of this (well, disturbing besides the photos… they were pretty horrid and graphic), is that these photos could have remained on my wall for quite a while. I was actually driving home when the first tag happened. Again, ICK!

It didn’t take long, but my friend’s account has been disabled and I don’t really have any way of contacting her. I did comment on one of the photos to let her know her account has been hacked. Hopefully she received an email notficiation about the comment.

What’s amazing is how fast this all happened. Within moments of being tagged, friends started to contact me to make sure I knew what had happend. The first reaction from most was that they thought my account had been hacked, but that’s the tricky thing about FB; it’s easy for someone else to get hacked, but have reprecussions on other people’s accounts.

Thank you to all of my friends who contacted me when they saw something was clearly wrong. I really appreciate your actions. 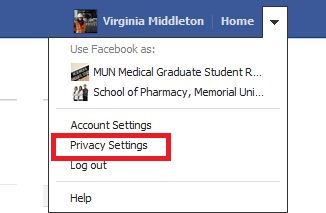 2. Under the option of How tags work, click on Edit settings 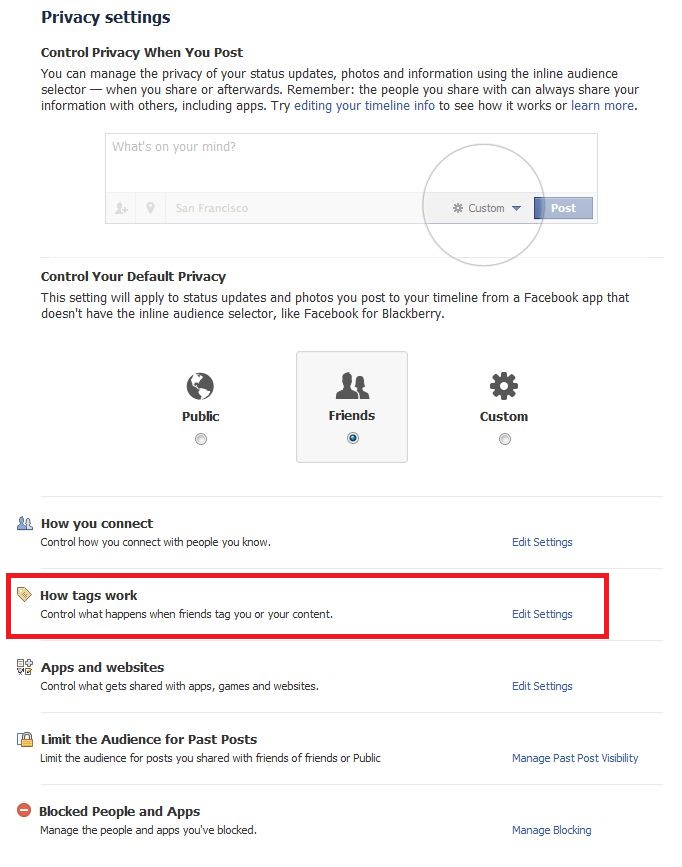 3. A window will pop up and you want to check to make sure that under Tag review, you have it enabled/on. I also recommend reviewing the other settings that are in this pop up to ensure you have the level of privacy you want. 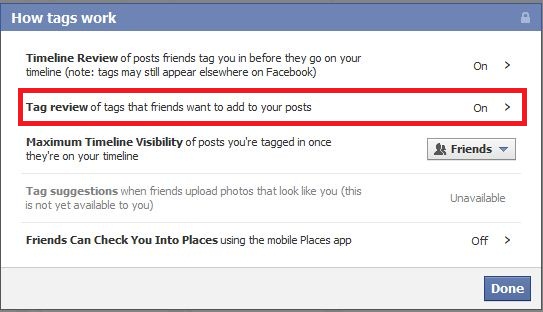 Something like this happened to me months ago when I was also tagged by a friend’s account for a video that lead to a spam video that didn’t actually show you a video, but just helped the hacking continue on in other people’s accounts. After that incident, I rechecked my privacy settings so that I had to approve any tags that friends tried to post. Apparently my settings recently changed…

And even before that other incident, I remember when there was a worm going around FB a year or more ago where a person’s account would go to a friend’s wall and say something like, “hey, I watched this video and it was really cool. Go check it out!” But in reality, the person didn’t leave the message and the video was actually just a worm trying to hack your account.

What happened last night is just another incident that should remind us to regularly check our privacy settings on all social media accounts that we use. There’s a false sense of security that we often give to these free providers. They control a heck of a lot of information about us… don’t ever forget that!

Leave a Reply to Lorne Pike